Thanks very much for the Æternity Crypto Foundation’s support in the last year, so AEKnow.org could keep running in a stable status.

Here is my proposal about two related projects: aeknow.org and aeknow.chain.

About me: Liu Yang from AEKnow

AEKnow.org has been running stably since the very beginning of Æternity’s mainnet, and improvements are needed.
AEKnow.chain is in the early stage, and there is a demo version.

And I am glad to migrate the repository to Æternity’s github.

The code will be maintained with bug fixing and new updates free of charge for at least one year after publishing it. As always: https://github.com/jdgcs/aeknow/issues?q=is%3Aissue+is%3Aclosed

Great project, Dr. Liu we look forward to your work.

Thanks very much and I’ll keep moving forward.

We need to use aeknow every day. Please carry it forward.

Could you please inform us why do you need 6 servers to rent for these projects? Can they not run on one server or cloud? How many users/transactions do you have per day/month on AEKnown? Do you have some performance problems?

Thanks for your attention~AEKnow.chain is in heavy coding now, you could try a rough version in Windows : https://github.com/jdgcs/aeknow.chain/releases

Thanks for your attention, I’ll give a brief report of my application here.

AEKnow.org is the first Æternity block explorer, with the most versatile functions, mainly thanks to the great support of Æternity Crypto Foundation and the supports from community in the last year. AEKnow.org was born in a mess of scripts right after the launching of the mainnet in 2018, in my personal server. It was firstly designed for miners and enthusiasts of Æternity, after winning a dashboard bounty(Blockchain Dashboard Bounty Winners!), it became more popular, and more requests came from community. Then AEKnow.org was seriously designed and implemented as below:

After that, I applied the first grant from Æternity Crypto Foundation(Announcing a Donation to the AEKnow.org Project) for the three servers, each server acts different roles in the block explorer. There is a brief middle term report of AEKnow.org(Grant follow up report from Æknow.org), and the current users data shows as below(From AEKnow.org’s CDN Cloudflare):

1.1 The requests of AEKnow.org per month.

There are some performance issues in the current structure, but they might be optimized from the software side, so I apply for the grant of three servers AGAIN, for another 12 months. And I’ll keep pushing the growth of Æternity’s ecosysytem with AEKnow.org and AEKnow.chain, hope that the potential business of a block explorer could support AEKnow.org itself or even be profitable, with the blooming of Æternity’s ecosysytem in the next 1-2 years.

2. Two low-performance servers and one Macbook for AEKnow.chain, the SNS aepp.
AEKnow.chain was desgined as decentralized as possible, with careful thinking. There were attempts to build aepps suchs as A simple predicting market, but considered the Single Point of Failure(AEKnow.org) and legal issues, it was abandoned. A PC-based wallet is the legacy(PC-based Waellet is almost ready, please give me feedbacks).

As the decentralization of AEKnow.chain, there is no need for any server in theory. But in the early stage, stable SEED noedes are essential for the booting up of the whole network. So a seed node of IPFS and a web Gateway server are in my plan, and the performance requirements of the two servers is low.

For non-technical users, a pre-built package is necessary. Windows, MacOS and Linux have the absolute advantage in the desktop operating system, and I should compile, test, package AEKnow.chain for each operating system in different way. I have Windows latop, Ubuntu workstation and FreeBSD NAS, but no MacOS based computer for the deployment of AEKnow.chain. So a MacOS computer is in the applying list.

@LiuYang.chain Your Application has been approved by the ACF Board. Thank you!

Thanks very much for the support!

Excellent, waiting for your good news

Thank you~AEX-9 token’s demonstration and API should be online next week.

thanks for the detail report!

Thank you for report #1 @LiuYang.chain. It’s a very good update of the first week! 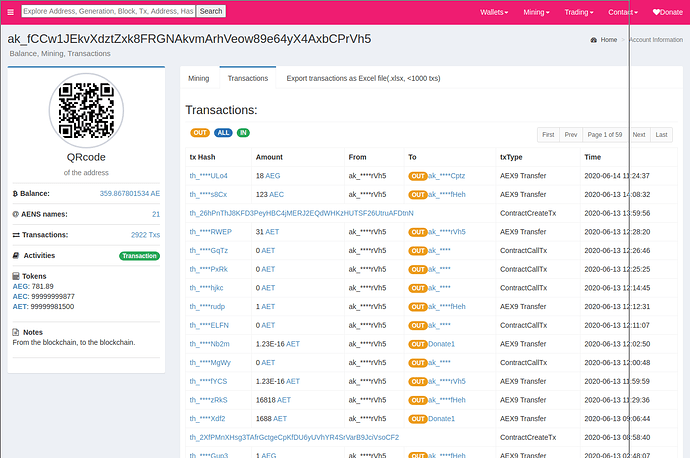 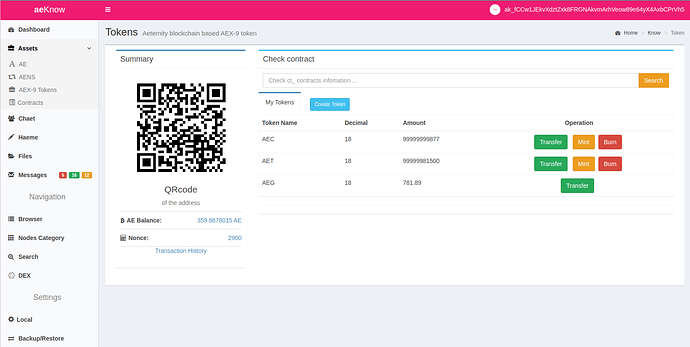