This report is to finalize the project “Aepp Store: Fast & Easy Aepp Discovery” as detailed in aeternity forum and funded by ACF.

Aepp Store project is an aeternity blockchain based web app that provides an easy, intuitive way for users to discover many different Aeternity dapps and upvote them with a single-click.

Upvoting also sends a small payment from the user to the dapp developer thereby incentivizing more developers to work on higher quality projects.

Meanwhile, dapp developers can use the platform as a new form of user-based funding. App also provides a way to find out which types of apps gets the most support from aeternity blockchain user base.

As stated in the original grant proposal, the following milestones are set forth as targets to complete this project:

Summary of Development with Time Report

18/7/2021 - 25/7/2021: Sophia contract initial version is ready. Github repository for the project is created and initial changes are committed.

16/8/2021 - 9/8/2021: Web app is deployed to the internet with partial functionality for testing and feedback. Work on other contract function triggers from the web app is continued.

27/8/2021 - 23/8/2021: Aeppstore integrated into local superhero-ui fork. Decided to change app visual style to match superhero for a better integration and a successful M3.

7/9/2021 - 23/8/2021: App components are updated to match superhero-ui visual style, all testing is done and confirmed to have full functionality as targeted by grant description on superhero confirmed. Project completed.

During the development of the upvote function in Sophia contract, we were faced with a tough decision to decide on min/max/default values that users would be transferring to the contract and then to the dapp developers. This presented both a UX and math challenge. We didn’t want to introduce further friction to the UX but also not dampen the vision of the app, which is for users to directly fund dapp developers in a decentralized way.

We decided to assign a standard aetto value for each upvote. This has 2 advantages:

1- It avoids another user input and consequently user friction because they don’t need to worry about how much they would want to give to dapp developers.

2- It makes the app more fun because if they do want to give more, they can keep click further and still enjoy quick/low cost transactions thanks to aeternity’s low overhead blockchain.

Aeppstore web app repository with all the code and instructions for deployment: 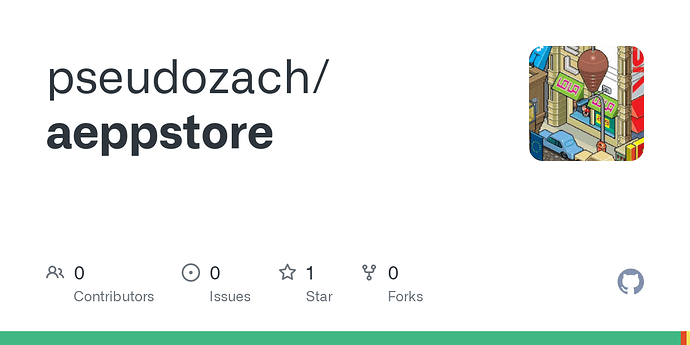 Contribute to pseudozach/aeppstore development by creating an account on GitHub.

Superhero-ui fork that includes aeppstore as a tab as per Milestone-3 of this grant:

Superhero UI. Contribute to pseudozach/superhero-ui development by creating an account on GitHub.

Demo Video that shows upvoting an aepp and adding an aepp: