Short review of the tasks from Roadmap Q1 2022:

HyperChains Alpha test network is now up and running. It was made significant progress with the support of contract-based consensus. Regular reports on the progress can be found in the forum, see Hyperchains Alpha. The native GUI Launcher release was published, see the aegui. The technical part of MultiSig is done and can be accessed via multiple GitHub repositories: musig_cli, eaex3, ebip39, eaex10, emusig2.
The State Channels allow now forwarding requests of generic messages.
Improvements to node sync have been delivered. AeCanary received minor refactoring. The refactoring of the RocksDB plugin itself is nearly finished. It was a huge effort to refactor significant portions of the code and also to fixed some C++ bugs in the plugin itself. 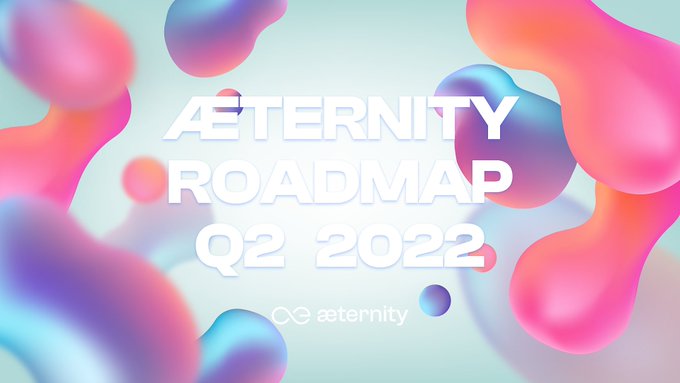 The node will be continuously improving and the focus will be kept on the HyperChains research, design and development.

The research on HyperChains Voting, Leadership, Difficulty, Connectors, Cost optimisation is ongoing. The development will progress in phases and wiil be tested heavily both in private and public testnets. In addition, it will require updating some of the tools and creating new ones in the ecosystem. The improvements to the Demo GUI will follow up continuously. Regular reports on the progress will be published.

The initial work on a sync option was started with the aim to deliver a secure working new node within a few hours rather than days by first syncing key blocks and then fetching state on the fly.

The remaining work is mainly about refactoring the core code to take full advantage of the new possibilities.
Once the RocksDD refactoring is merged, chain garbage-collection can be redesigned and extended, in order to significantly reduce the on-disk footprint of garbage-collected nodes.

Develop the concept of State Channel markets, and perhaps other advanced State Channels use cases. This may involve improving the client-side experience.

The updates on the aeroadmap and the aerelease schedule will follow dynamically in this topic. The previous roadmap can be found on the AETERNITY ROADMAP Q1 2022.

You can watch the complete Ask Me Anything session about the Q2 Roadmap 2022 with the Core Devs @dimitar.chain @Sean1 and @fabiankrol on Youtube! Thanks for everyone who joined, it was a really good conversation and we discussed plenty of interesting use cases for Hyperchains.