Security plan for increased 51% attack resistances of the æternity blockchain

Leveraging the highest security in the aeternity crypto ecosystem

As maintenance of blockchain networks and prevention of attacks requires constant vigilance and continuous improvement of security systems, there are several different options to increase its capability of spotting on-chain anomalies and limiting malicious activities. These options can be categorized as the short-term, quick solutions, and long-term solutions which will require some time to implement into the network, but should greatly increase security and privacy of the blockchain and its community.

In the short term:

In the long term:

The æternity development team will need some time for proper testing before deploying the main, long-term solution - Hyperchains . While the fully operational Hyperchains implementation is in preparation, this decision will have to be backed by a public governance vote. Meanwhile, the efforts to onboard more hashing power are ongoing. Additionally, the æternity blockchain developer team is creating more tools for monitoring and early warning in case of anomalies on the network. Those alone will simply help detect a potential new attack but will not be enough to prevent it.

That is why a new version of the node (Release 5.7), which is currently under development, will be introduced soon and it will include further security improvements. The new secure nodes will make it even easier to prevent cyber attacks. This should be enough to discourage ill-intentioned behavior of the hackers. Following the Release 5.7, the aeternity blockchain will be able to continue operating securely, as usual.

As a long term solution, and a convenient recourse to prevent 51% attacks, the Æternity Anstalt started an initiative to implement Hyperchains. In a nutshell, Hyperchains are PoS systems that rely on existing PoW blockchains for security. By allowing a PoS child chain to be created using the block hash of a PoW parent chain as a source of randomness and constantly checkpointing the hash from the child chain on the parent chain, Hyperchains ensure security for the child chain, while maintaining its independent operation. They are designed to allow anyone to deploy a new or existing blockchain in a PoS fashion, anchoring the leaders election to a PoW parent chain, which has a prohibitive amount of hashing power to be 51% attacked.

More detailed information on Hyperchains can be found in the WhitePaper .

Hi @sandesh. I am sorry but I have some bad news for you. First of all - this is off-topic and second - Windows builds are deprecated for quite some time. Please use either a MacOS build or a Linux one. Here you can fetch the binaries for the latest release: 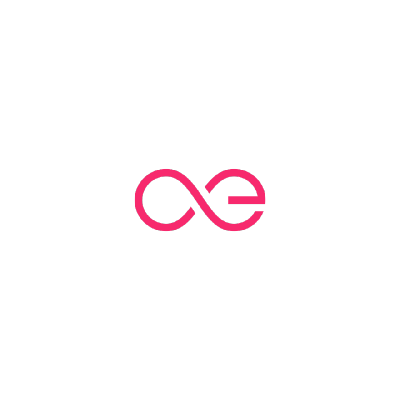 Please note that while it likely the WSL would work with the ubuntu package, this is no longer supported.

Mentioned, Security improvement implementations in the nodes by Release 5.7 to be publish on the 29.01.2021 can be found here: https://github.com/aeternity/aeternity/releases/tag/v5.7.0

As I understand release v5.7.1 is the one containing security updates? Maturing old blocks?

Any updates on the network monitoring tools and preattack conditions identification? This could be useful as we can suspend our apps and transactions if such a situation is to happen again.

@filip Thanks for asking about the security plan and tools.

ACF will permanently improve the security of the æternity blockchain. Please update your node always with the latest release available on GitHub.

The security Release v5.7.1 provides the fork resistance against the long fork’s injection. Presently the development teams work on the Iris Hard Fork, Hyperchain and the monitoring and tracking tools simultaneously. We had more than two weeks delay due to the cyber attacks. The developers are working hard to achieve the Roadmap milestones and accomplish the Plan as well as to deliver the security tools as soon as possible. The relevant information on the progress of the tools and new releases will be publish in the Forum and GitHub.