An Aeternity based Chaet Demo

Thanks for @Fee.chain and @Albert’s attention.

There is a SNS system based on Aeternity on the way. 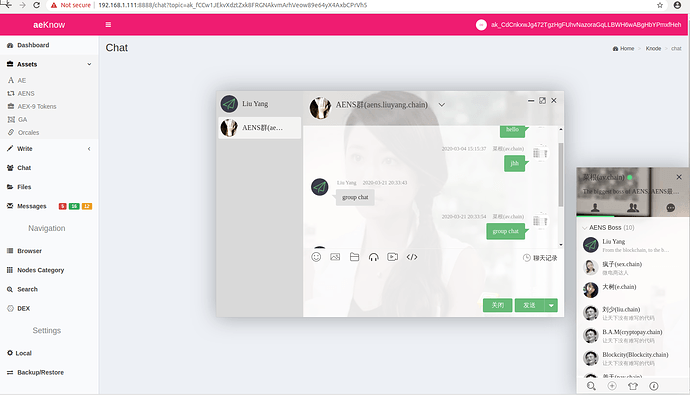 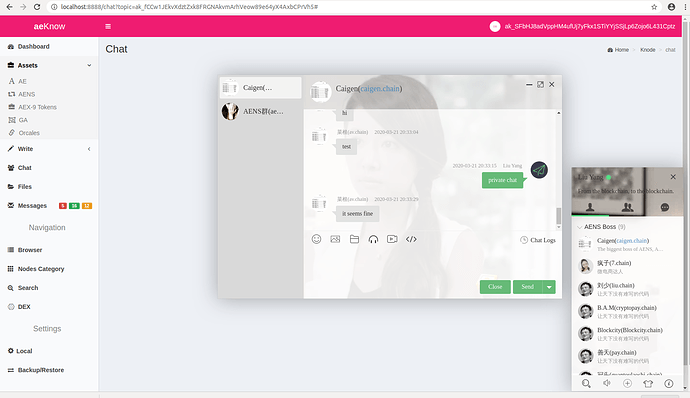 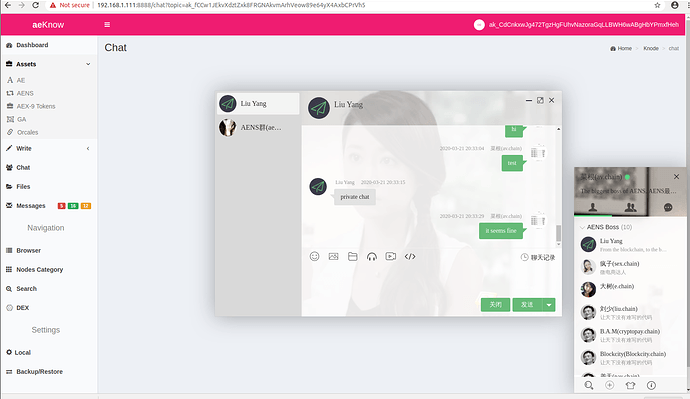 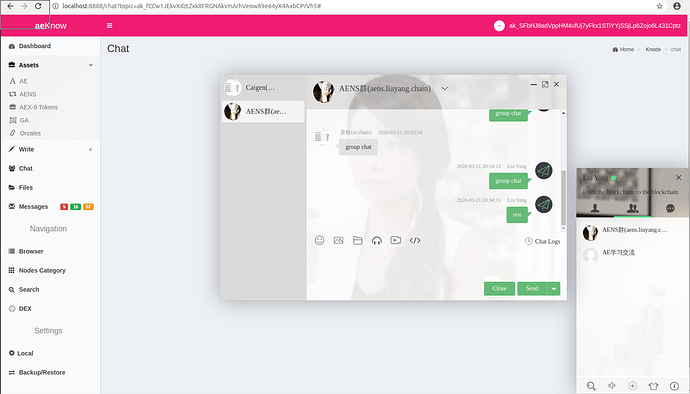 The UI is almost finished, the backend data exchanging is based on ipfs(or state channel later?). The messages would be encrypted and signed with curve 25519, binding with Aeternity’s account(ED25519), so we could send tokens directly through chatting.

It was planned to release the demo in Q1 2020, but the NCP virus changed everything

This sounds great. This will make distributed encrypted chat mainstream, which is a good use case for the blockchain industry. More importantly, this will make aens widely adopted. Looking forward to the beta version.

Please release the rough rough rough version as soon as possible to breathe life into the development of it all! Weee neeed apps!

expect to try the beta version.

@LiuYang.chain Great, the aeternity ecosystem is gradually being established, which is inseparable from the developers’ efforts. I think AE holders should make some donations for these developers.

Looking forward to the launch of Chaet. Chaet may be the next WeChat.

Or AE always ignores Chinese developers, or feel that such aepp should apply for donations by themselves.

nice screenshots! looking forward to try out the app.

is there any open source code? how did you build it?

The chaet is still under coding, the UI is based on a Chinese UI project, layui.com, I will translate it to English and make it opensource, the chaet backend is based on decentralized IPFS’s pubsub.

Very nice to hear this nice info, and looking forward to your further process!