DeFi in 2022 will need much more scalability, and æternity is ready to provide!

Blockchain and crypto are going mainstream in 2022. Some might argue that 2021 was the year. However, there’s so much room left for the global blockchain infrastructure to expand and so many things to build on top of this infrastructure. Vast numbers of people and enterprises haven’t yet grasped the potential and the opportunities that utilizing blockchain offers. This is all likely to change in 2022 and beyond. So, is the current global blockchain ecosystem ready for that onslaught of demand?

What we’ve learned in the last couple of years is that no single, decentralized blockchain currently offers a protocol scalable enough to efficiently execute the multitude of transactions and other digital interactions of today’s crypto community. Meanwhile, the number of crypto users will only continue its exponential growth.

Fortunately, the global blockchain demand doesn’t depend on any single blockchain protocol. The dominant driver of adoption and demand in the last couple of years has been DeFi, and that trend is not going to stop soon. For DeFi to function as it is supposed to, it needs scalability and affordability. The only way blockchain can scale enough to support all the existing and forthcoming applications of DeFi is by combining the processing power of all the available blockchain protocols.

Not all blockchain protocols are created equal, however. Some are better suited for DeFi than others. This is where æternity shines — it was envisioned and built specifically to support large numbers of modern blockchain applications. æternity was born DeFi ready. 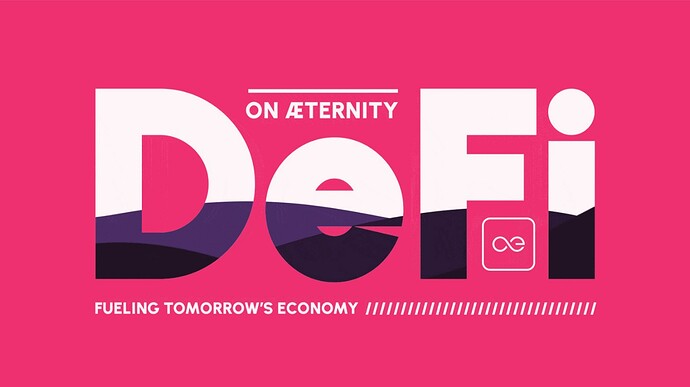 Here’s what makes æternity the better choice for DeFi than most current blockchain protocols:

One of the biggest challenges in the blockchain space today is scalability. Bitcoin suffers from scalability issues, and so does Ethereum. You simply cannot have a global payment network with 7 (Bitcoin) or 15 (Ethereum) transactions per second. At the same time, you shouldn’t be compromising decentralization for speed. Decentralization is the main feature of blockchains.

To address this, æternity has implemented the Cornell University-developed consensus mechanism — Bitcoin-NG. It is a modification of the popular Nakamoto Consensus used in Bitcoin and allows for on-chain speeds of up to 116 tx/s.

æternity’s design provides an environment in which users and developers don’t need to worry about high transactions fees. The current fee for a simple transaction is 0.00001794 AE which is a fraction of a cent. This allows developers to freely test their applications and the users to transfer their crypto with ease and almost without fees, as it is meant to be on a decentralized blockchain.

On-chain scaling can only get you so far. Anything less than a four-digit transaction speed per second must be regarded as insufficient for mass adoption.

As a smart contract platform, æternity provides smart contract execution efficiency which is vital to a thriving ecosystem of decentralized applications. To achieve this, æternity utilizes State Channels technology. State Channels are an off-chain solution that allows transactions and smart contract calls to be moved off-chain and executed privately (between two nodes) and in parallel. Smart contracts between two peers can exist in a state channel and rely on an oracle data feed, thus automating the process — for example, a periodic insurance payment, or pay-per-use music or video stream.

What is even better is that, unlike in the case of Bitcoin and Ethereum, æternity’s state channels are not implemented on Layer 2.

Smart contracts are an essential part of the promise of blockchain technology. The æternity core team developed its own functional smart contract language — Sophia, and the Fast æternity Transaction Engine (FATE), a virtual machine built specifically for secure and efficient execution of smart contracts on æternity.

The Oracle functionality is incorporated straight into the æternity core protocol. Registering an oracle, making queries, and replying to queries are simply special types of transactions, thus æternity enables developers to quickly set up an oracle service and connect it to their decentralized apps.

Similarly to creating nicknames and usernames in any online environment, the AENS allows users to create their unique “.chain” names instead of addresses, allowing them to give their æternity blockchain presence a name such as, for example, FredFlinstone.chain, providing the closest sensation to being face-to-face with other network users currently possible. Being able to claim your business’ name and use it, and let your business associates use it and easily recognize it among many others means so much for the millions of people and entities who are right now getting in touch with blockchain for the first time, but also for those who’ve been in this environment for a very long time.

Æternity’s core protocol is written in Erlang, a functional programming language used for building scalable systems that are distributed over a network of computers. It has been used in the telecommunications industry for more than 30 years and currently, close to 90% of internet traffic goes through Erlang-controlled nodes. 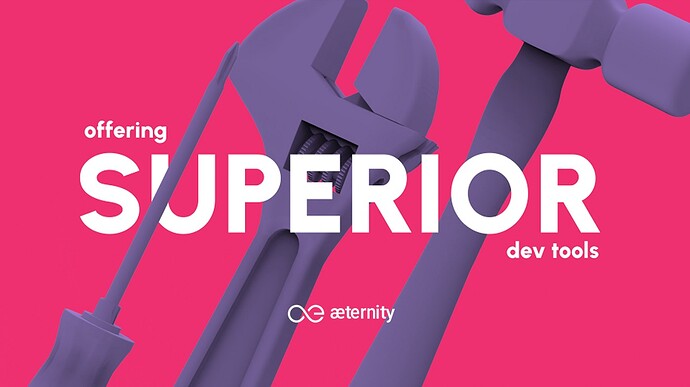 The main focus of the æternity core team in 2021 was creating new and improving existing developer tools.

Developing DeFi apps and coding smart contracts needs to be a simple and comfortable process, and that’s what æternity strives to offer. To support the wide usability of smart contracts, the æcosystem introduced:

Sophia — a smart contract language, created to utilize the full potential of the æternity protocol. It has been specifically designed to offer developers a smooth coding experience fully customized for smart contracts implementation while protecting contract designers against vulnerabilities that can be exploited.

Last, but definitely not least, the æcomunity is full of talented, tech-savvy, and supportive people. The community is globally widespread and always ready to help, share experiences and find solutions to problems that inevitably arise when developing new technologies.

The æternity dev team holds weekly virtual community gatherings called Jæm Sessions where anyone is welcome to join the discussion, present their ideas, ask for potential solutions to their problems and generally interact with other æcommunity members.

The immense density of blockchain traffic expected in 2022 and beyond will necessitate the activation of all highly scalable blockchain protocols, and æternity is on top of the list.

With pioneering solutions such as on-chain Oracles, the naming system (AENS), Advanced State Channels, as well as the dedicated smart contract tools such as the language Sophia and the FATE virtual machine, æternity’s design displays rare farsightedness in terms of future capabilities as well as needs of the users and developers when mass adoption inevitably comes.

In 2017, by looking ahead and learning from the mistakes of the early blockchain platforms, æternity’s designers created a protocol ahead of its time, but now, the future is here and it’s æternity’s time to shine.

Read the complete article on the æternity blog: Blockchain calls for aid. DeFi in 2022 will need much more… | by Danilo Polovina | Feb, 2022 | æternity blog

Nice, especially as it seems that a lot of projects still focus on marketing instead of building tech which works. That will need to change. Good aeternity is ready.