It was our first developers’ hangout we organized in Kaduna. We sent out invitations to only 20 developers but we had about 47 RSVP for the event and it was a bit difficult to select only 20 of them because it was just 2 of us who were available to mentor them and it was supposed to be a live hack, reason why we needed few of them so we can manage the process but we eventually had 27 of them who came for the meetup.

We had plan to introduce them to aeternity and also the sophia’s syntax and from there to jump at Sophia and begin to play with aeternity’s tools. We did a simple live hack and they coded along with us. The reason for the live hack was to show how to write a smart contract, test and deploy the contract on the blockchain. Some of the participants who were using MacBook and using Linux OS were able to setup AEproject and we are waiting to hear more feedbacks because we encouraged them to take up the aeternity101 course on dacade.org to help them understand the syntax and its implementation better.

They suggested if we can have more time for the bootcamp so that we can build a solid Daepp for some of the use cases they identified. 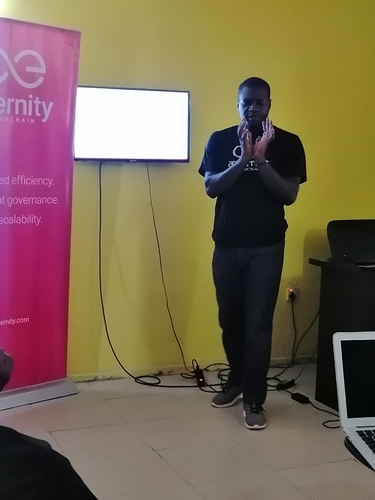 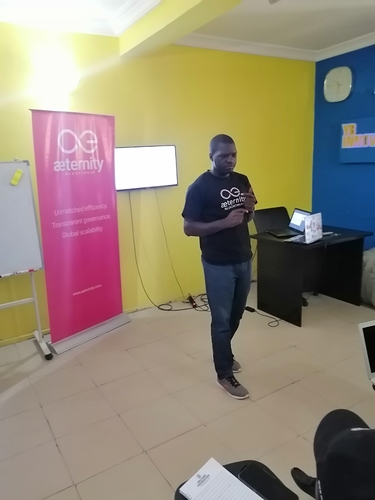 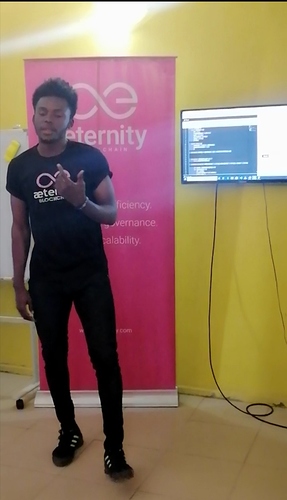 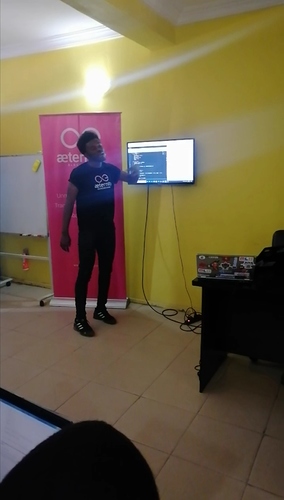 Awesome meetup. Looking forward to going back for the boot camp⚡