Iris Hard Fork has been approved by the community & miners!

On June 10th, at 12:55 PM CEST, the æternity network reached block #441444, which was the proposed block for the Iris Hard Fork activation. 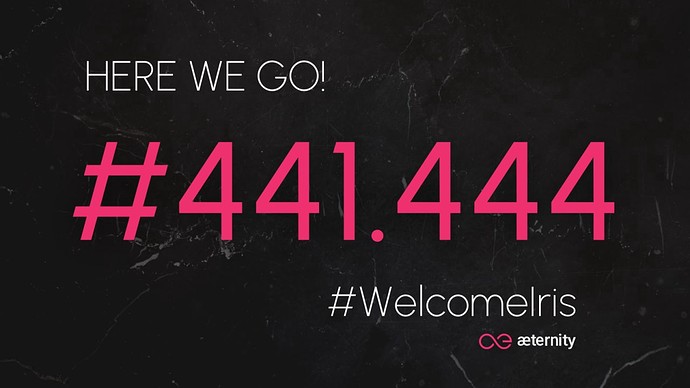 The core dev team at æternity foundation has been closely monitoring the status of the network, updated nodes and allocation of hashing power and this is the outcome of the proposed hard fork.

2miners, who produced block #441444, WoolyPooly, and beepool have all updated their nodes to v6.0.0, which does not come as a surprise given the fact that out of the last 737 block generations, there is only a single block that was produced by a node with a different version than 6.0.0, which later produced a block using v.6.0.0.

The whole æternity community has given bold support to the Iris activation to continue evolving the network with new features which will heavily contribute to æternity network adoption.

As a brief summary of the features included in the Iris hard fork these are the most remarkable novelties from a non-deeply technical user point of view:

If you want to dive deeper into the rich set of improvements that Iris provides, take a look at this extended description of the Iris improvements or the v.6.0.0 release notes .

The whole æternity æcosystem is excited to enter this new phase of the æternity network which will undoubtedly foster further growth of the æcosystem, to fulfill the vision of æternity contributing to a more decentralized, private, and free world.

Read the full article on the æternity blog: https://blog.aeternity.com/iris-is-here-e7a2ebf06782