After the community approval of the Iris Hard fork, the æternity crypto foundation is delighted to announce that the Iris final release has been published and that activation is proposed at block height 441444 which is expected to happen approximately on June 10th @ 9:11 AM CEST.

This marks a historic milestone of æternity network development along with the last three scheduled hard forks and should provide the æcosystem with an amazing set of new features that will become available once the protocol update is activated at block 441444.

It is worth noting that the æternity network is currently a proof of work network, and even though the miners are aware of the community governance vote result, their support to that governance vote comes in the form of them upgrading their nodes and mining with the new consensus rules. As the election result signals to the miners which node version the community supports, the most likely outcome is that miners will follow the community’s decision and start mining with the new consensus rules. However, as in any decentralized, public PoW blockchain, the final outcome of the proposed hard fork will depend on which node version the majority of hash-power is using, as well as the decision of other users, especially exchanges. 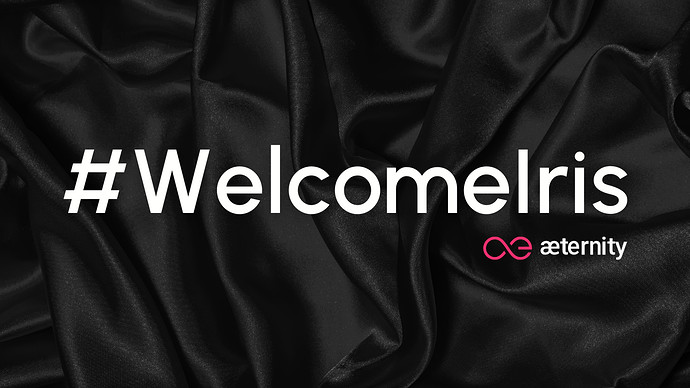 What makes Iris so exciting?

All the changes and improvements are documented in Github and our forum but in order to spare you digging in repositories and/or forum posts here is a brief compilation of the main improvements that Iris brings to the æternity network.

If you want to dive deeper into the rich set of improvements that Iris provides, take a look at this extended description of the Iris improvements or the v.6.0.0 release notes.

All the components of the æternity tech stack and related software have already been updated to ensure compatibility with Iris so use cases in the æcosystem, wallets, exchanges, mining pools, and node operators in general only have to update to the latest releases.

After the Iris activation, the work of keeping æternity the most advanced blockchain in existence continues. Thus the community is always welcome to propose new features to be included in the next hard forks , either by fully completing Aeternity Expansion proposals according to AEX1, if the community member has the knowledge to develop a full AEX proposal, or just by posting the concept of the feature in the forum to be assessed and further developed in the shape of an æternity expansion proposal. Æternity is yours , so take charge and shape the future of the æternity technology and æcosystem. Your æternity feature proposals are appreciated!

The whole æternity æcosystem is proud to have become stronger thanks to the vibrant and committed community that can influence the future of the network, fulfilling the vision of æternity contributing to a more decentralized, private and free world .

Read the full article on the æternity blog: https://blog.aeternity.com/welcomeiris-6bd085bec0f9