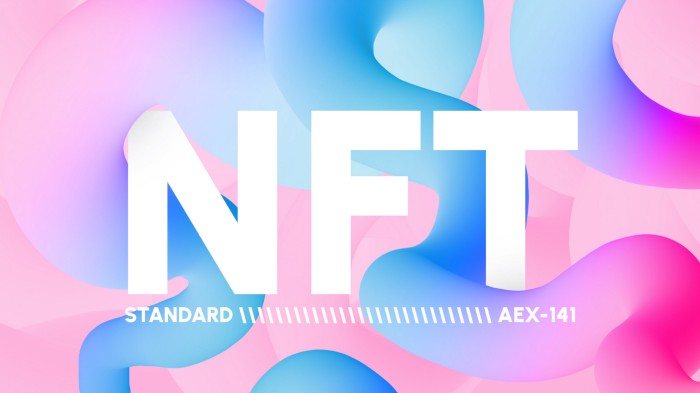 NFTs are taking over. Is that good for the blockchain space? Not a simple question to answer — it’s too early to tell, and as with every new and wildly popular phenomenon, it might have some bad effects along the way. However, one thing is certain: NFTs are here to stay . People denying their usefulness will probably have to eat their words in the near future when NFTs have become the basis of the ticketing business, a standard element of the gaming and entertainment industries, real estate, digital identity, intellectual property, and who knows what else.

Not having an NFT standard on your blockchain these days is similar to not having a girlfriend in high school — kind of embarrassing. Nevertheless, the æternity dev team took their time carefully developing the official NFT standard for the æternity blockchain. Now, finally, it is ready. The code for the standard was developed by a long-term collaborator and æcommunity member @zkvonsnarkenstein.chain. It has subsequently gone through a rigorous private testing and review process by the Dev Tools team and other collaborators, and it’s currently available for public review.

The æternity development team is inviting everyone interested and knowledgeable to review the code and the description of the standard . The official æternity review process can be found here. When the public review phase is finished, NFTs will be freely minted and traded on the æternity blockchain under the AEX-141 standard.

@aeternity
#NFT standard for the #æternity blockchain, AEX-141, is now ready and has entered the public review stage! 📣 We invite collaborators & everyone interested to review the code & description: https://t.co/GJq45mWq97 Start building your NFT projects on æternity!😎♾️ #blockchain https://t.co/VNnRTgiD18

The æcosystem has been preparing

In preparation for the upcoming NFT standards, several æternity community members, artists, developers, and established businesses have begun preparations to launch their own NFT projects on æternity.

Among them, probably the one that is most familiar to the æcommunity is the Superhero NFT trading cards project. Check out the preview website, and you’ll see how much work has already gone into the Superhero cards by the author @Techtek, a visual artist and community member, and why it’s one of the most anticipated NFT projects on æternity right now. For now, it is simply a collection of tradable NFT cards, but in the future, it has the potential to become a card game with Play-and-earn mechanics which would allow NFT card owners to play against each other and earn crypto in the process.

Additionally, an already established enterprise is looking to branch out into the field of blockchain and NFTs using the æternity technology. While I’m not yet allowed to disclose the name, I can say it’s a cloud-based, responsive data-gathering platform that enables players, coaches, and clubs to evaluate their performance based on in-match events.

Why your NFT project should be on æternity

The æternity dev team is inviting all developers, artists, enthusiasts, community members, and enterprises to check out the new AEX-141 NFT standard and start minting their NFTs on æternity

NFTs are for a long time part of aeternity with the dot chain names.