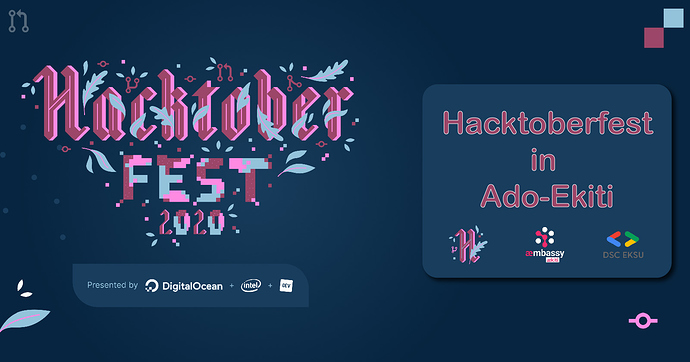 “OpenSource with æternity” a.k.a " Hacktoberfest Online Meetup in Ado-Ekiti" is a collaborative meetup to gather developers, writers, designers, from and beyond the ækiti æmbassy to learn about æternity, and Superhero while contributing to OpenSource to celebrate Hacktoberfest. Apart from Hacktoberfest goodies on submitting 4PRs, a contest of 300AE is attached to the meetup/league for attendees to grab.

Save the Date: OpenSource with æternity

The event contest is aimed to reward contributions using the Superhero platform. The contest will span 48 hours before the event to 24hrs after the event. Relevant contributions will span through æpps, ærticles, and dæsigns that are inline with OpenSource, Hacktoberfest, æternity blockchain, and Superhero. Participating in the contest as an attendee is pretty easy provided the contest rules are strictly followed.

Participating in the contest simply means contributing to OpenSource on the aekiti/hacktoberfest2020 GitHub Repository.
The important rules are, you must:

In this contest, 300AE will be awarded to contestants in the following manner: 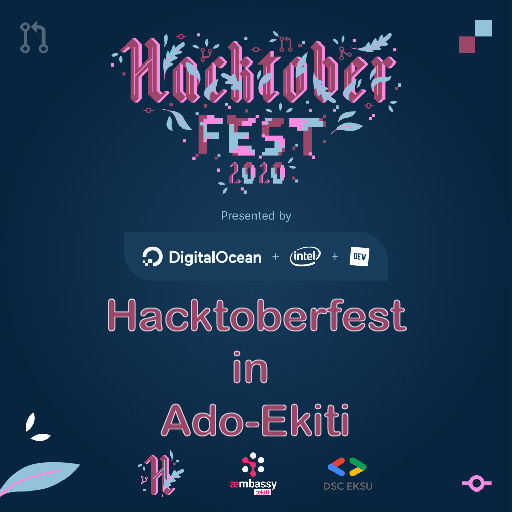 #OpenSource is a powerful tool for growth and advancement. "OpenSource with #aeternity" is a #superheroleague you don't want to miss as we are giving you the best experience of #Hacktoberfest. #RSVP via https://t.co/CqutaMrUmE The league is 16th of Oct, 2020 at 16:00 WAT. https://t.co/sCXvEpEOfy

#OpenSource according to Wikipedia is a type of computer software in which source code is released under a license in which the copyright holder grants users the rights to use, study, change, and... 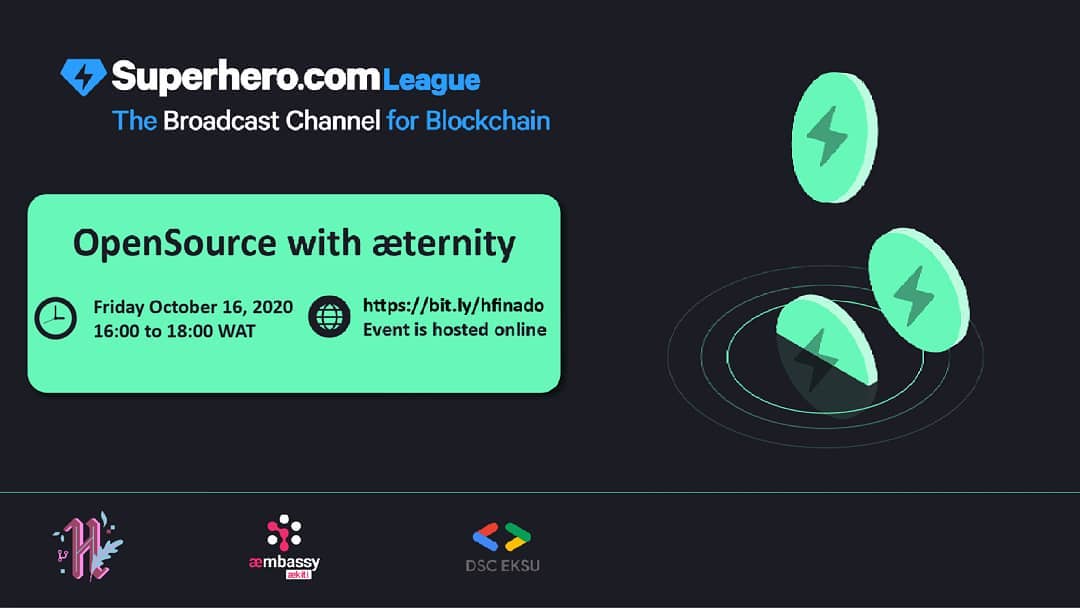 Awesome, looking forward to this! Could you please add the detailled agenda here so it’s easier to find?

Also the guidelines link doesn’t work for me: https://aekiti.github.io/guildlines/aekiti

Also the guidelines link doesn’t work for me:

The guideline link is:

Could you please add the detailled agenda here so it’s easier to find?

Lastly the agenda is at:

OpenSource with æternity - Hacktoberfest in Ado-Ekiti

You would be able to Livestream upcoming #superheroleague on YouTube at:

As we anticipate videos from the concluded #superheroleague, check out the master slide for the DSC EKSU “One Hour with GitHub” event and the ækiti “OpenSource with æternity” league if you missed the meetups or you want to have a copy of the sessions.

Yippy! “OpenSource with æternity” SuperheroLeague is now public on YouTube. As a bonus, the sessions have been divided into separate videos for you to enjoy. While we anticipate the written summary of the league, enjoy the videos at:

Hello again, if you missed the “OpenSource with æternity” SuperheroLeague, here is a complete summary of the league on Medium at: 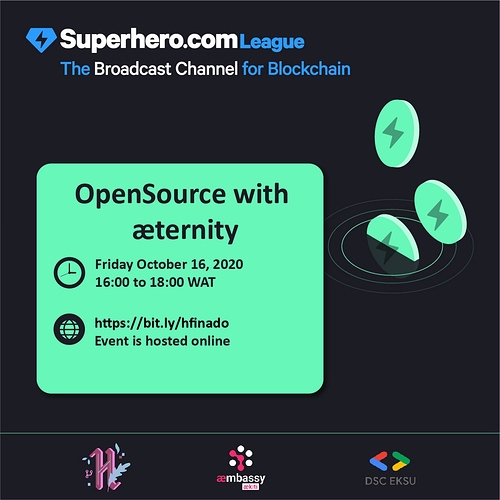