Hi guys I tried debugging the sdk for better understanding of state channel. I came up with this flow. Can someone please validate it. If my understanding it correct?

Also, since I did not debug the FSM module, I have no idea whats going in there. I am assuming it as a black box for now. It would be really great if you can reply whats going on there at ??? steps. It is like storing states or what else? 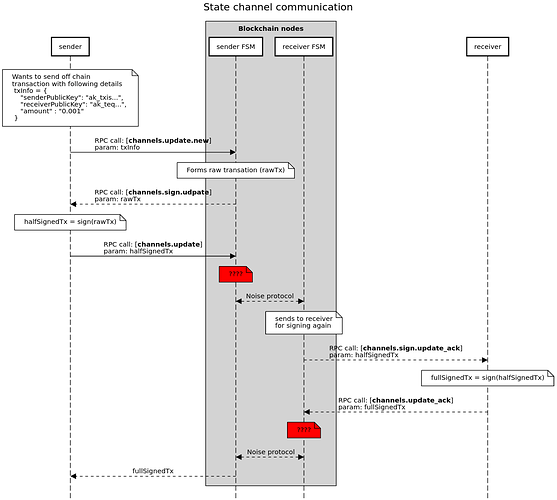 Hi @vishwas_hypermine, I think this is a correct representation of the flow.

To answer your question at the first red ??? what happens is:

If there is something wrong here, this is communicated only to the client that initated the update round (left one).

If there is something wrong here, this is communicated only to the client that acknowledged the update round (right one).

What I also saw that is not quite right is at the sends to receiver for signing again step as the FSM does much more than that. It:

If any of the checks fails, then it reports to clients.

Basically the FSM does all the checks required so the clients don’t have to but are yet safe. Assumption is if you have a solid FSM protecting your interest, the other party will be decentivized to act maliciously.

Keeping it here for further reference 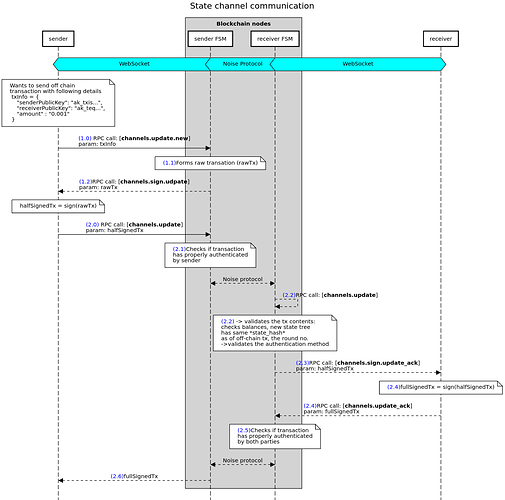 This is a crucial step that keeps the sender safe as well.